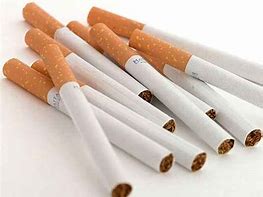 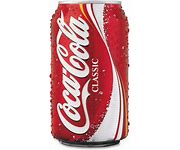 As I pumped gas into my van, I heard from across the concrete parking lot a very slender middle aged lady call out to me saying, “Do you have a cigarette?” I looked her way and since I do not smoke, I silently shook my head no. I finished filling the van and got in and drove around to where she was still stationed, pacing up and down the sidewalk along the end of the building. Remaining in the van, I lowered my window and stuck my hand out with a church business card offering it to her saying, “I don’t have a cigarette, but I do have something I can give you.” She looked at the face of the card reading it out loud and asked where the church was located, assuring me that she had lots of faith and that she had a good thing going with Jesus. I told her where the church was and asked her why she was out here begging. She said she was staying with her daughter and things were not going well there, her voice trailing off. I gave her a very brief version of how the Lord healed my back, and that this God and this Jesus is alive and well to help her overcome addictions and problems in her life if she will allow him. She said she just needed some caffeine, that she needed a soda. I said, “I will get you a soda. What kind?” She replied, “A coke.” So I got out of the van, locked it, went inside the store, got her a canned coke, and gave it to her. Again I told her that her help was in the Lord, and as I got back into the van to drive off, I said to her, “Go to church.”

There is a slogan on the back of wheel covers on vehicles that says, “Not all who wander are lost.” True. But there are a lot of people who are wandering who are lost, and enslaved to everything from drugs to just doing things your own way. The same resurrected Jesus who changed a 14 year old boy into one who was sold out to him, who healed my back so there is no pain and I am able to work, is the same Jesus who can change the impossible for whoever will believe him and will avail themselves to him. And if the watering hole you have been drinking from has dried up, you need to find you one that you can get a real drink from. A can of soda to jack you up until the next good feeling is not enough. The Living Water of the Spirit of God and the Bread of Life of the Word of God, is the real deal that will nourish and sustain you to carry you through to victory. If we would spend the same time drinking of that water and eating of that bread as we do begging and passively hoping, we would see some mountains in our life removed. Mark 9:23; 10:27; 11:22-26