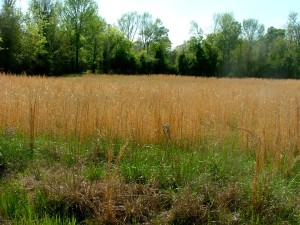 As one of four siblings that were all about four years apart in age, I was pretty much an “only child” in daily play. My brother Joe and I worked together tending to the 12,000 layers that we had, but that’s about all we did together. On a daily basis it was up to me to create my own entertainment. After school, when not working in the chicken house, it was just me, my 20 guage shotgun, and my red rubber knee boots in the woods or field. There, I had a sharp eye out for frogs, snakes, birds, squirrels, rabbits, and most anything else that moved in the 20 acres of woods. In the sage brush covered 40 acre pasture, Meadow larks and Killdeer had no idea of the danger that lurked for them on almost a daily basis.

One day I was bored and I was out in the pasture imagining a giant forest fire happening in the tall sage brush. I happened to have a book of matches in my pocket which helped to bring the picture in my mind to life. I cut a pine bough from the woods by which I could slap the great forest fire out so it would not get out of control. This went well for a while. Repeatedly the “fires would break out”, but each time with gallant and heroic valor, the great fire fighting ranger would snuff it out. It was very entertaining – until a puff of wind carried a spark a few feet away to another area. When I went over to put the second fire out, the first fire gained strength. I jumped back over to put the first fire out, but I had failed to completely put out the second fire, so it caught on again. Before long it was blazing across the whole field and into the woods. The Forest Service came out with men and equipment and contained it, but not before it burnt across most of the farm.

When I faced the inquisition of my Dad, I was so scared of what he would do to me I lied. I told him I was shooting Meadowlarks and a spark must have come out of my gun and started the fire. He probably knew better, but he let it go.

Playing with sin is playing with fire. It might be very entertaining for a while. But all it takes is one little puff of wind and it is all out of control, and somebody is going to get burned or suffer loss, and there will be an inquisition. Wisdom: Walk with Jesus with joy, with no lies, condemnation, and heartache! If you have imaginations and you are playing with sin – Quit it! You’re gonna burn the farm!