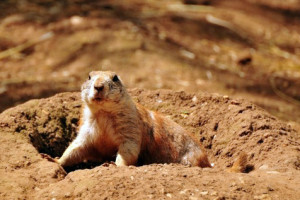 I recently heard of two similar incidents that merits our sincere consideration.

One was of a man out in west Texas who was extremely irritated by the gophers that were all around his house and tearing up his yard. He was determined to fix them in a sure way once for all. The idea occurred to him to pour gasoline into their tunnels and burn them out. That seemed like a sure solution. He wanted to make sure and get them all, so he poured lots of gasoline down all the holes. They were all around and right close to his house, so he really needed to get rid of them. When he completed the very thorough gassing of the gophers and tossed the lit match into the hole, it is said you could hear the explosion for miles around. What he did not realize was that the gopher tunnels extended in under his house. It is said that the house was raised up off its foundation. The man’s only personal injury in the incident was the loss of his eyebrows. His mother, who was inside at the time, was ok but somewhat shaken. 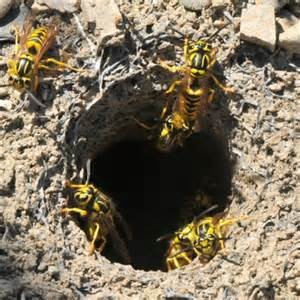 The other incident was a man who was bush-hogging and ran over a huge nest of “ground bees”. After they royally attacked him and landed many stings all over his body, he took the same vengeance on them with lots of gasoline down the hole. He too suffered the loss of his eyebrows.
Both men got off relatively easy with lifelong lessons to be remembered. Lesson one, don’t let vengeance consume you so you do something irrational. Lesson two, if you have done something stupid that could have taken you out, as most all of us have, we can be thankful for mercies extended so that we are still around to be reading this article.

It is much better to seek God’s face for the way and wisdom to deal with the gophers and ground bees in our life, rather than take vengeance in our own way. The way to receive his way and wisdom is to be thankful that he sees all and knows all and can take care of all things in our lives as we trust him and allow him to guide us in all things.

In this Thanksgiving season, let God deal with the vengeance while we focus on being thankful for the mercy we have received (1 Thessalonians 5: 18).