Somber-faced military uniformed armed guards were posted at strategic points at the airport outside St. Petersburg, Russia, when we went there in 1995. My wife and I were part of a team of 22 people whose mission was to take the gospel of Jesus into outlying villages and establish a church with a pastor to oversee it.

I am the tall one on far right, Becky in front. Vladamir, our interpreter is front middle. 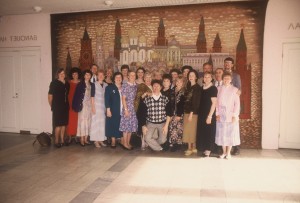 Since I was raised in the cold war era, the moment we off-boarded the plane and saw the drab grey buildings, no colors, and the soldiers of no smile, I immediately began questioning the wisdom of our enthusiastic endeavor. My thoughts were, “Oh! Wow! We are here and there is no turning back!” I have seen movies of what happens to people in a country like this when they go through checkpoints and they don’t pass the test! But we got through OK. It was a relief to leave the airport. The slightest infraction with lengthy delays could have wrecked the whole schedule from the very git-go. I guess the only incident regarding transportation for my wife and I was the fact that our luggage was lost for three days. Whew! We tried to stay down-wind from the rest of the team – just for gracious living. At about 2:30 in the morning of the third or fourth night it was returned to us by the airline services. We were thankful as were, I am sure, all the other team members.

In two weeks the team established three churches with a pastor set over each that had been trained prior to our arrival. The whole tour was set up prior to arrival. We would go into a village into the government buildings, hospitals, up and down in the marketplace, in orphanages, and in apartment complexes and share the good news of Jesus and pray with the people. It was wide open. 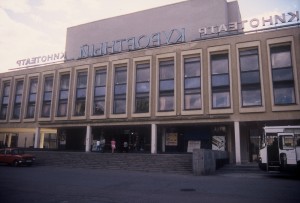 We held the meeting that night in the town hall. 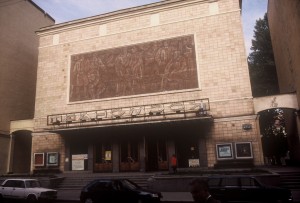 Many received Jesus into their lives. Next day we loaded them on a bus and took them out to a stock pond in the country and baptized them, gave them a Bible, and ordained the pastor over the group. 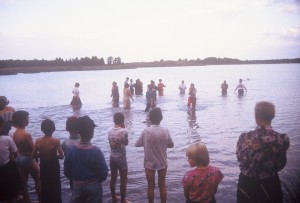 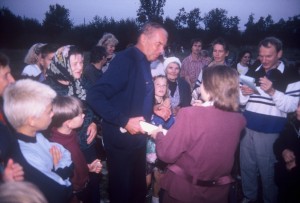 Last we heard they were still going strong. I would advise every person to substitute one vacation for a gospel mission trip. You will never be the same, with eternal rewards waiting in the end.