Which would you rather be holding in your hand, 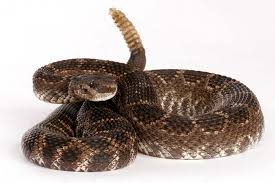 Most of us would of course say a rose. Even though there might be a painful prick from the association with the rose, the beauty and fragrance from the rose is far better than the deadly bite from the rattlesnake. Most, when realizing they are holding to a rattlesnake, would instantly release it by throwing it away from them.

Jesus is like a rose in beauty and fragrance, and he told us himself if we follow him there will be persecution from those who don’t understand. Sin is like a rattlesnake. It lays coiled up ready to strike at any moment. You might get by with holding it for a while, then suddenly it strikes and it is too late. The poison will take you down.

The natural reaction when we realize that we are holding a rattlesnake is to throw it away from one self and release it. When we realize that we are holding to a state of sin, when we realize that we are living without a real and vital connection to Father God, immediately we should deal with it. The Bible word for releasing sin is “repentance”, a military term which means to turn from going in one direction to go in another. We can play mind games with ourselves and try to convince ourselves that we are not really holding a rattlesnake, but the fact is, unless we throw it away from ourselves and release it, we still got it! And it does not do any good to hold a rose in one hand and a rattlesnake in the other! The snake will still bite you! Throw it away! Just hold to the rose! Sure, there might be some pain from persecution from some around you, but that is “light affliction” compared to eternal separation from God because of sin. It is real simple. “Believe on the Lord Jesus Christ, and you will be saved” (Acts 16: 31). Turn loose of the snake. Throw it away. Just hold to the rose that is beautiful and fragrant. Share the rose with others. They, too, will benefit from realizing they are holding to a rattlesnake whose untimely bite will bring them to an ugly end. Hold to the rose. Let the beauty and fragrance fill the house! 4-6-15